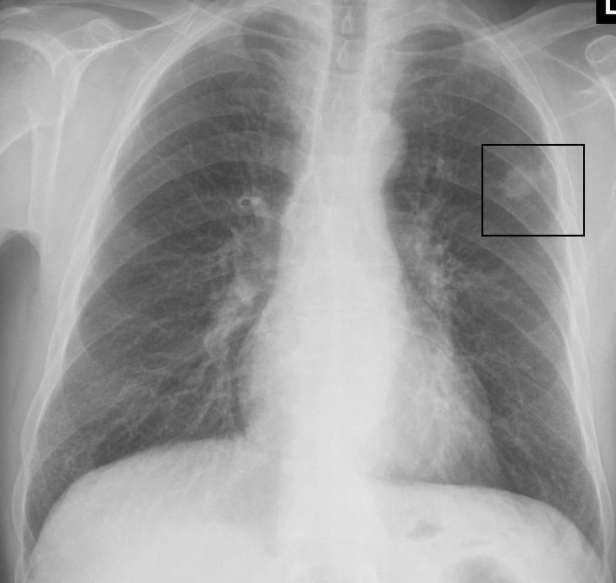 The above image shows a “solitary pulmonary nodule“, also known as a “coin lesion” because it’s roughly coin-shaped and coin-sized.  80% of coin lesions are benign, and 20% are malignant.

Note that an actual coin (like a penny or a quarter) would show up as super white – e.g. this x-ray of a swallowed coin – because coins are metal and reflect x-rays.

Not all nodules are “solitary pulmonary nodules.” There might be multiple nodules.This image shows multiple lung nodules (indicated by the black and white arrows), which were caused by tuberculosis infection: 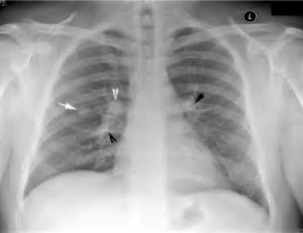 This article, “Evaluation of the Solitary Pulmonary Nodule” discusses different causes of solitary pulmonary nodules, and next steps for evaluation.

Atelectasis and scarring are two completely different things, but they look quite similar on a chest x-ray.

This page and this page show some examples of atelectasis.

Here’s a really severe example of scarring in the lung (and a metal necklace): 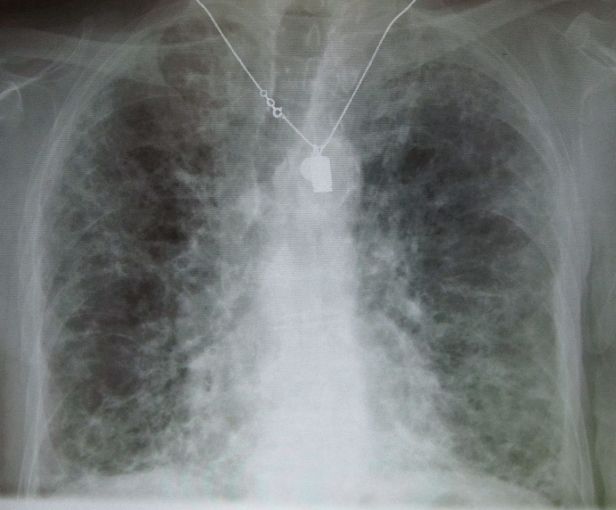 In this case, the diagnosis is “pulmonary fibrosis” which is just the medical term for “scarring of the lungs.” This particular patient was believed to suffer pulmonary fibrosis due to a medication complication.

All of the air in your lungs is supposed to be contained within the spongy tissue of the lung. If air leaks out of the lungs and begins to fill up the space between the lungs and the inside of the chest, it’s referred to as a “pneumothorax,” shown in this image: 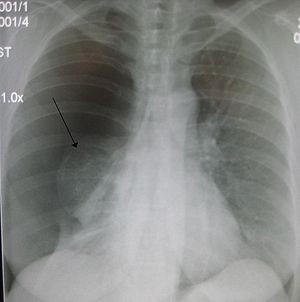 The chest on the left side of the image looks much darker than the the right side because it’s full of pure air, instead of lung tissue plus air. Here I’ve outlined the collapsed lung in red, and labeled the free air: 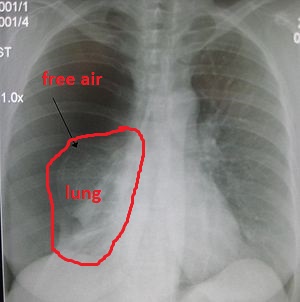 But wait…I thought atelectasis was a collapsed lung! 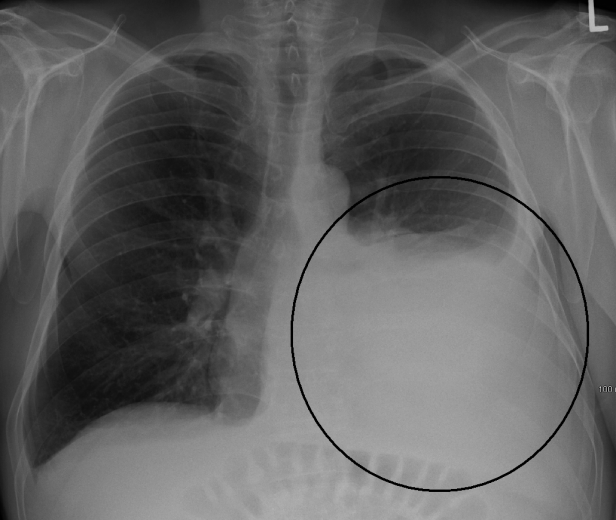 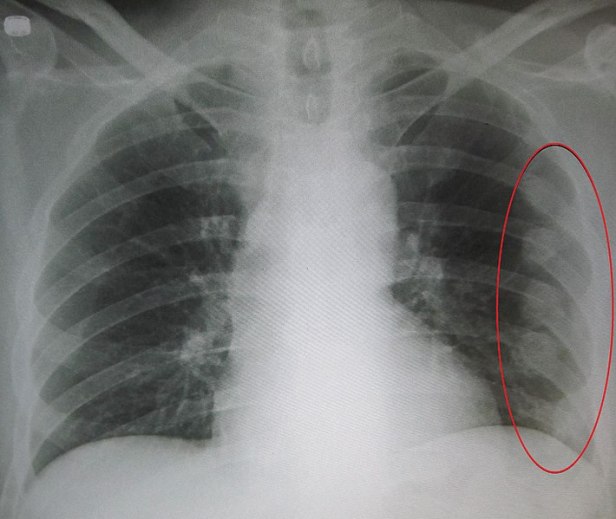 Here’s another example of multiple fractured ribs, with the fractures indicated via arrows: 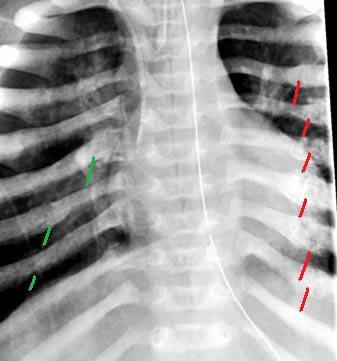 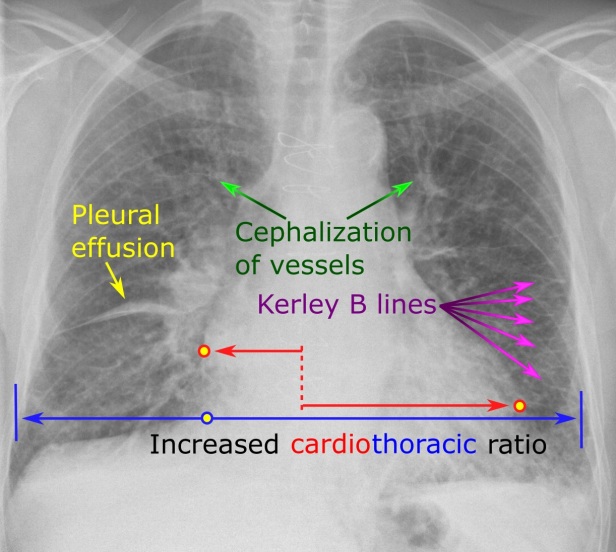 This extra image is an abnormal chest x-ray demonstrating a finding from Abnormal Chest X-Rays Part I. Can you guess what it is? 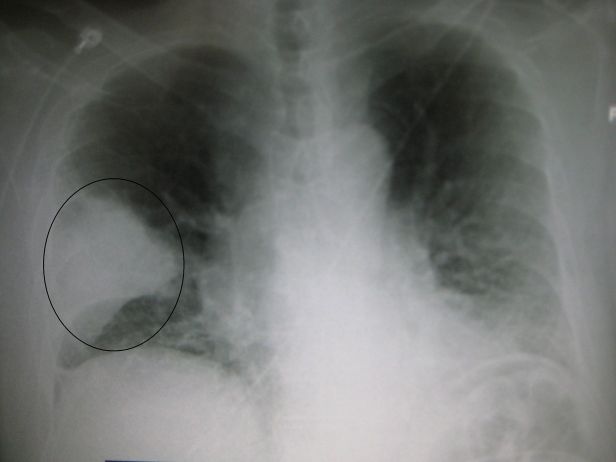 It’s pneumonia! The circle surrounds a wedge-shaped area of airspace consolidation indicative of acute bacterial lobar pneumonia (i.e., the circled lobe of the lung has been infected with bacteria.)