Additional Organs and Structures of the Abdomen

Pictures of the Abdomen 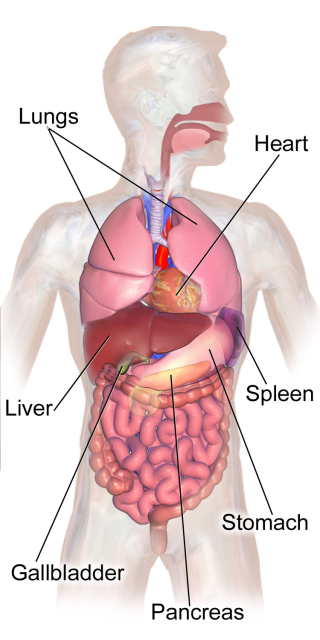 The Intestines (Image Source). Here you can see how the large intestine (shown here in darker pink) forms a kind of frame around the small intestine (shown here in lighter pink). Food travels first through the small intestine, which really does look “disorganized” in real life, and then through the large intestine, which is “pinned” against the “back wall of the body” so that it hangs in that frame-like shape. 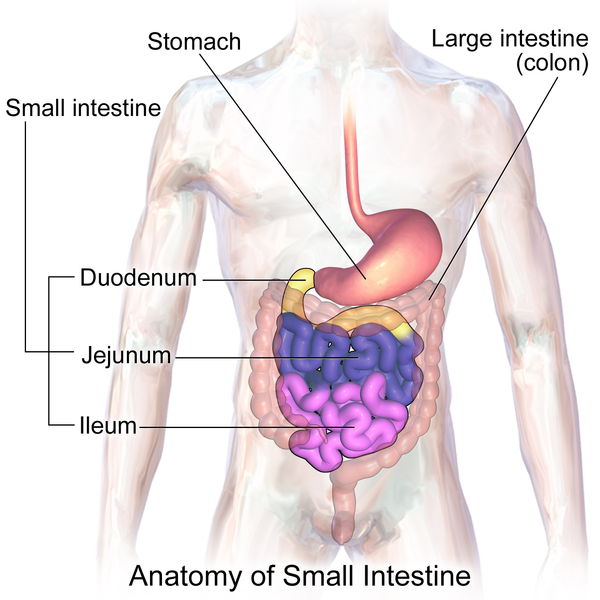 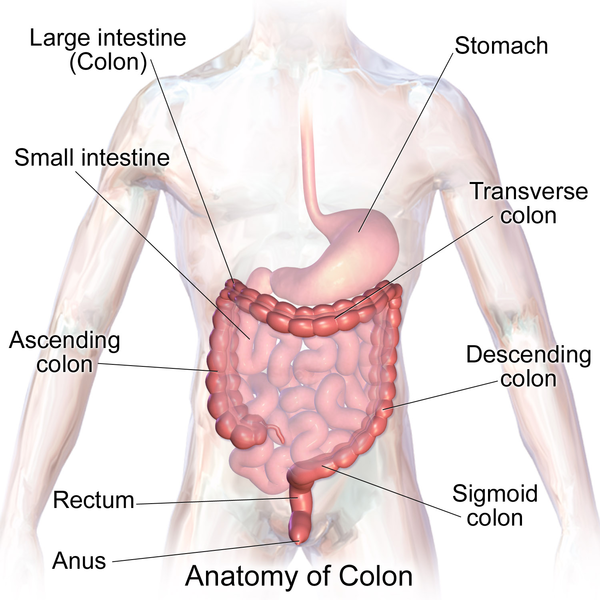 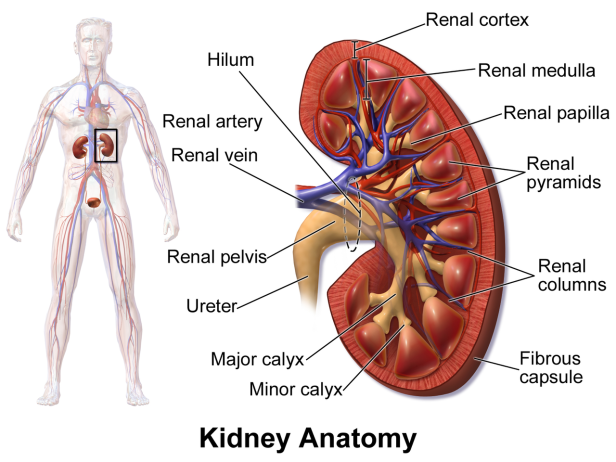 The Kidneys (Image Source). The inset on the left shows the two kidneys relative to the whole body. If you look closely you can see the ureters leading down from the kidneys to the bladder. The kidney has many sub-components to filter the blood and produce urine. Food for thought (or, water for thought): When you drink a glass of water, your intestines absorb that water into your bloodstream. Then that glass of water gets filtered back out of your bloodstream by the kidneys – i.e., it’s turned into urine. So all of the water that you consume has an “intermediate stage” where it is part of your blood.

The end. Congrats – you’ve finished the intro to abdominal anatomy!